The amazing benefits of shea butter 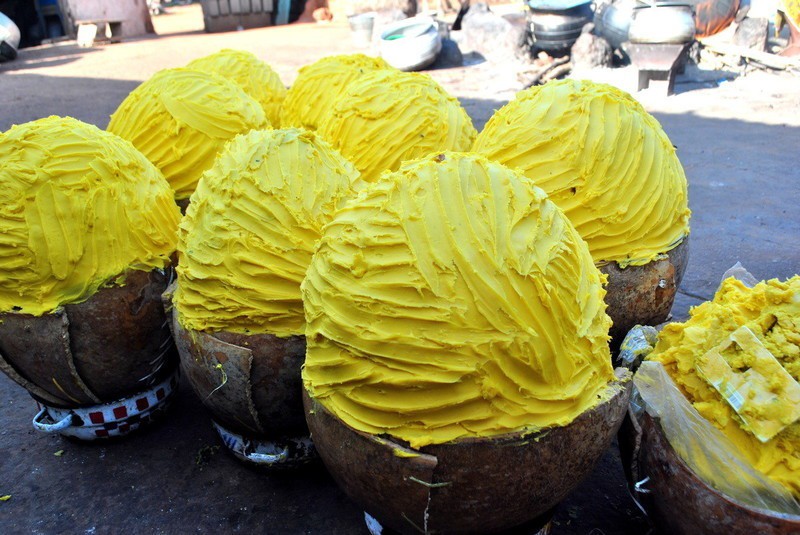 Shea butter, also known as shea nut butter, is a naturally-occurring fat found in the fruit of shea trees. The butter is extracted by means of crushing or boiling. While shea butter has a wide variety of applications, its perhaps most widely known uses are medicinal and cosmetic.

Shea butter has a reputation for being a good moisturizer and emollient because it contains Vitamins A, E and F and because it's easily absorbed into the skin while softening it. Unlike other fats, it doesn't leave behind a greasy or oily residue. Consumers are likely to find products containing shea butter behind cosmetic counters that offer acne, scar, burn, itching, rash, eczema, lip, shaving irritation, dry skin, psoriasis, stretch mark, wrinkle and skin discoloration treatments. It may also be found in products like sunblock because of its natural Ultraviolet (UV) light protection properties.

The butter is often included in expensive cosmetics for its soothing and revitalizing qualities, but also because manufacturers can demand a slightly higher price for items containing the ingredient. Manufacturers of shampoos and conditioners, for example, can increase prices based on the shea butter ingredient. The butter can bring elements to the hair products that it wouldn't normally have, because it can act as a deep moisturizing agent, dandruff reliever, hair softener or can be marketed to stop hair breakage.

Shea butter's medicinal purposes have been noted throughout history as well. It's been rumored to act as an anti-inflammatory agent and has been known to promote blood circulation and the regeneration of cells. In Nigeria, its use is promoted to control sinusitis and increase nasal congestion relief. The butter is applied within and around the nostrils so that its emollient properties relax facial skin and facilitate breathing.

While color is not the determining factor of shea butter's purity because of varying nut pigmentation, one can get a general idea of a batch of butter's purity by examining its color. Raw butter is a creamy grayish yellow color. Refined butter, or butter that has lost some of its purity, is lighter than raw butter. Highly processed butter, with questionable pure components, is pure white. In addition, raw butter is likely to have a scent attached to it, while refined butter is usually odorless.

To truly reap the benefits of a product that contains shea butter, consumers should look at labels on products carefully. Products that list shea butter as one of the first ingredients are more likely to have a significant amount of the butter in its formulation. Consumers should also research manufacturers' refining techniques to make sure a product contains a high quality of butter as an ingredient.