Use a straight razor for the closest shave 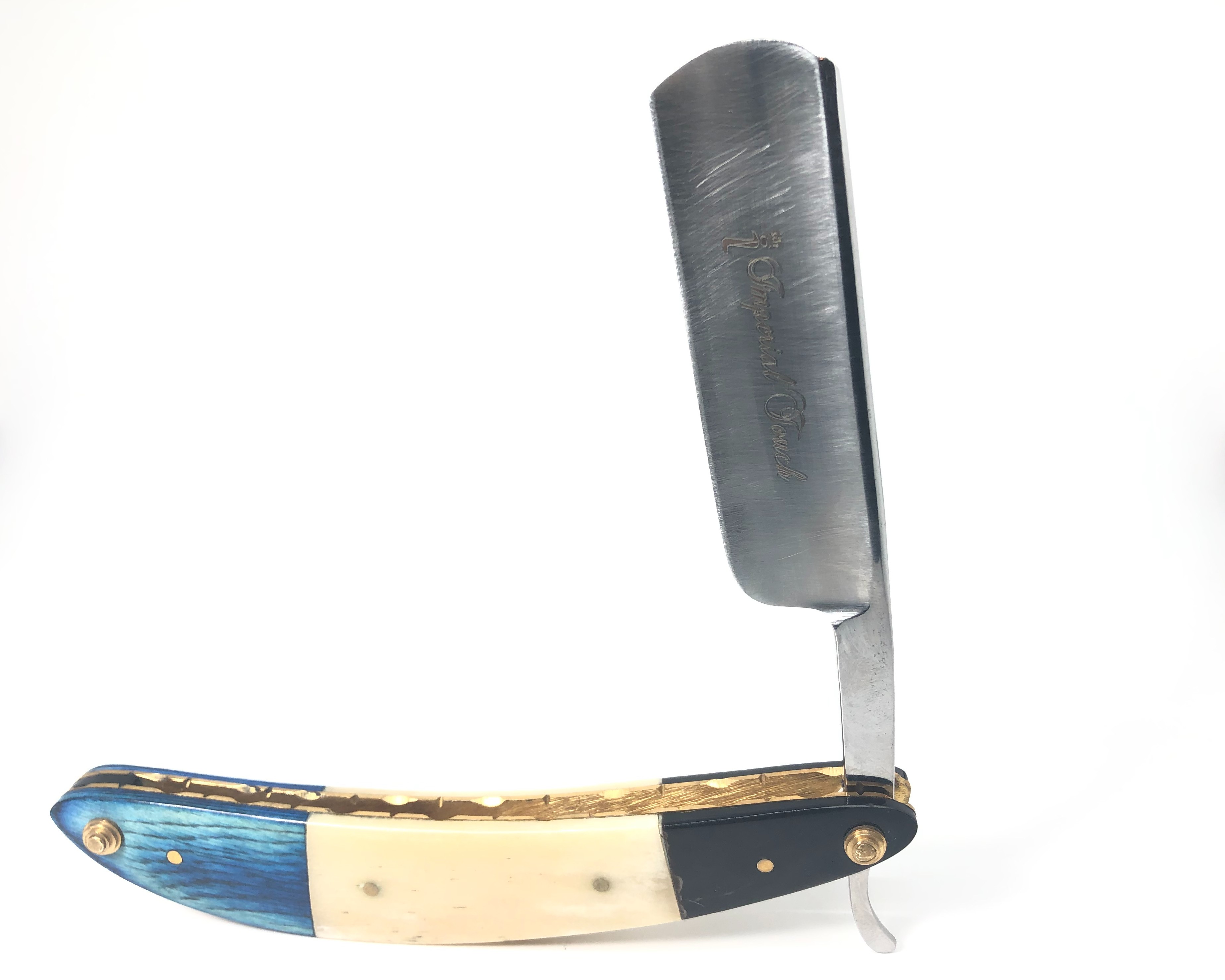 You will also probably cut yourself at least once, despite repeated warnings to go slowly and carefully. Most of the men on the straight razor forums have indeed cut themselves. But once you have mastered the straight (which typically takes around 100 shaves), you will be able to consistently give yourself a shave that's far better than any shave you've ever had before and makes you far better looking.

2 After prepping your beard run the faucet for the hottest water possible. Fill your mug or bowl with the water, and let your brush soak.

3 Squeeze out the excess water from your brush, and dump the water out that you used to soak the brush. Make a lather with the brush, either in the bowl, or just load the brush and wait to lather up directly on your face.

4 You'll want to wet your face right before you lather up.

5 Then use the brush to apply the soap or cream to the hairy area, swirling until the lather has formed stiff peaks.

6 Apply the lather to your face, with the badger brush, and using a paintbrush motion. Use a hot towel to wipe away any extra lather, removing oil from the skin follicles so that moisture can penetrate.

7 Finish lathering by using painting strokes to cover your face with a thick layer.

8 Let sit on for 5 min, or longer if hair is very coarse. Re-lather if the soap has dried out after the 5 minutes. Using a towel, letting it sit, reapplying, and so forth is technically optional. The important thing is having a nice thick lather on your beard to protect the skin and guide the blade.

9 Stretch your skin as you shave. Pull the area to which you will apply the straight razor until it is tight.

10 Use a 20° degree angle of the blade to your skin. Remember you are not slicing skin, this is not your intention, you are cutting hair as close to your skin as you can. You can obtain this angle by letting the blade almost "sit" flush on the face, and turning it slightly to get the 20 to 30 degree angle. Remember to use hardly any pressure! This is not a cartridge razor and it is very easy to cut yourself.

11 You will make three passes for optimal smoothness. If you want to save time and are willing to sacrifice smoothness, you can do a single-pass shave and skip the last two passes. On each pass, you will start with short strokes and finish off with longer strokes.

12 Make the first pass with the grain (that means in the direction of hair growth).

13 Lather up again and make the second pass sideways to the grain. You probably won't be able to shave your neck on this pass, just the sides of your face and jawline.

14 If you have a very heavy beard, you may want change the razor before the third pass. If your beard is not that tough, you can skip this step.

15 Make a third and final pass against the grain. This pass is the most dangerous and when the most accidents occur. Be aware when trimming side burns that the tip is near your earlobe, and be very careful when shaving the awkward shapes around your neck. Some men prefer to use water only, with no lather, for the third pass, to better see what they are doing. If you have a heavy beard, you may find this irritates your skin too much. In this case, go ahead and use the lather.

16 Rinse the lather off your face with cold water. Cold water will help close the pores in your skin.

17 Dry the razor. Run a square of toilet paper between the scales of the handle to remove the droplets of moisture that are trapped there. (Most old razors are high carbon steel and will rust).

18 Strop the razor with a leather strop. After stropping, apply blade oil to protect the blade from moisture damage and rust

19 Rinse the brush, shake out the excess moisture, and hang it upside-down in a brush holder to dry. 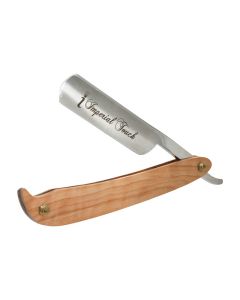 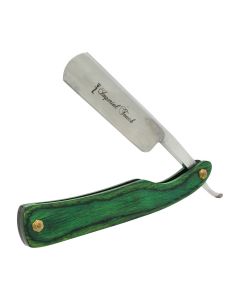